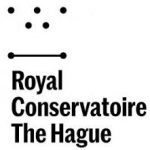 For more than ten years I have been teaching piano jazz at The Royal Conservatoire in The Hague, The Netherlands. I would like to tell you a bit more about this institution where a lot is going on. Besides the Dutch students you also find many students from other countries and it is great to see how they all influence each other. Their presence creates a very lively atmosphere.

The Royal Conservatory offers students a solid musical base to build on. While in the past the institute had the name to be a little conservative, over the years things have become more flexible and the main focus lies in creating one’s own voice in music. It is inherent to playing jazz that one experiments with new materials. It’s a good thing to learn that when I check on students who graduated from The Royal Conservatory, many of them have become quite successful in the music business.

As a teacher I believe in a very personal approach. Learning music to me is not so different from learning a language. When I find strong elements in one’s playing I try to develope them. Whenever I find weak spots I try to find a method to work on those in order to raise the playing to a higher level. For me the rhythmical aspects of the music as well as ‘phrasing’ are very important. I am based in the classical and jazz tradition but I also have an open mind towards more modern aspects of jazz music.

The Jazz department of the Royal Conservatoire started in the seventies. During this decade big bands were formed of students of the classical department and professional jazz musicians. These big bands were conducted by Frans Elsen. In 1979 the first students were enrolled in the newly established jazz department. The department grew fast to over a hundred students. The teachers were all players which were very active on the jazz scene both in the Netherlands and throughout the world. This has remained until today. Between 1979 and 1985 the department grew from just a few students to around 125 students. All regular jazz instruments are taught as well as jazz vocals.

A student enrolled at the jazz department of the Royal Conservatoire studies jazz as the main subject and classical music as an important secondary subject. Of course, theory classes are important as well. Many combos are formed and conducted by teachers as well as by the students themselves. Every student plays in about two or three combos. In the late nineties the jazz department of the Royal Conservatoire consist of about one third of students coming from outside of the Netherlands and two third of students from the Netherlands. There are about twenty main subject teachers and about ten theory teachers.